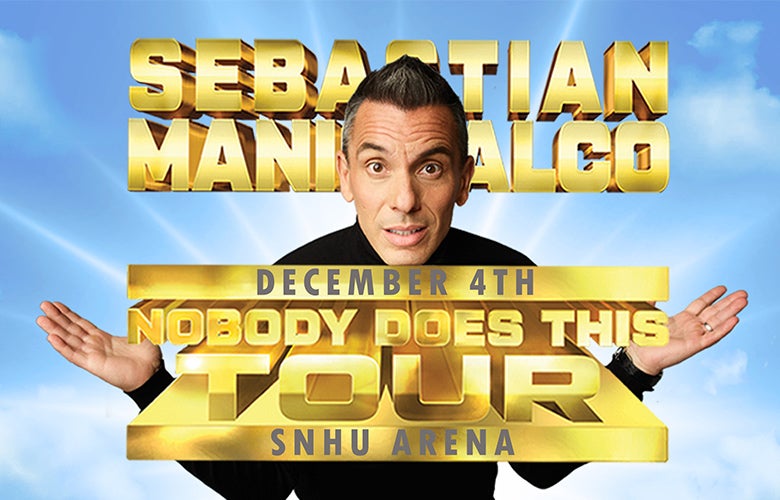 Nobody Does This Tour

Nobody Does This Tour

The man dubbed by The New York Times as “…the hottest comic in America,” Sebastian Maniscalco, has celebrated heights in live entertainment only a few comedians ever achieve. Currently on the road with his blockbuster Nobody Does This Tour, the comedian, actor and best-selling author announced he will end his 2022 record setting cross-country trek with an added show at SNHU Arena on December 4, 2022 in Manchester, NH.

Just this year alone he returned to the New York area once again selling out Madison Square Garden as well as Barclays Center, UBS Arena and Prudential Center. That box office trajectory continues a touring streak with Maniscalco breaking records he set on prior stops at arenas across the country. His November stop at TD Garden topped his previous Boston mark for highest gross for a single performance comedy show while a pair of performances in December at Chicago’s United Center he set venue records for highest grossing single day comedy show, highest grossing two-day comedy show and highest attendance for a two-day comedy performance, making Maniscalco the top selling and top grossing comedian in the venue’s three-decade history.

With so many new experiences to draw from Maniscalco is sharing his unique and observational comedic perspective with the masses. His Fall 2022 tour dates have included a successful residency and special taping at Wynn Las Vegas and include a 10-show run at Atlantic City’s Borgata. Long-time opener and fellow Chicago native Pat McGann has continued to open for Maniscalco on the Fall 2022 tour. And now, Maniscalco has decided to add a final show to close out his highly successful 2022 Nobody Does This Tour with his first ever performance at SNHU Arena in Manchester, NH.

Maniscalco will soon make his return to the big screen as well with a number of high-profile films. Projects include starring alongside Michelle Monaghan, Wiz Khalifa, Jason Derulo and more as legendary producer Giorgio Moroder in the upcoming Neil Bogart biopic Spinning Gold, which just premiered at the Cannes Film Festival; opposite Ray Romano and Laurie Metcalf in the dramedy Somewhere in Queens, written and directed by Romano, which just premiered at the Tribeca Film Festival as well as reunited with fellow Irishman co-star Robert DeNiro for About My Father, a film loosely based on Maniscalco’s life. Stay tuned for news on the films’ release dates.

On top of the silver screen, fans can also find the always bothered comedian on their TV exploring the world of food in his series, Well Done with Sebastian Maniscalco. All episodes are streaming now on discovery+.

For more information and to purchase tickets, visit sebastianlive.com.

About Sebastian Maniscalco:
Sebastian Maniscalco is back with his new Nobody Does This Tour. Recognized by both Billboard and Pollstar with top touring awards, Nobody Does This continues a string of record-breaking, sold-out arena shows from his Stay Hungry and You Bother Me tours including the United Center in his hometown of Chicago, Boston’s TD Garden, The Forum in LA and New York’s Madison Square Garden.

That success follows a number of blockbuster years for the comedian, author and actor the New York Times calls “the hottest comic in America.” In addition to releasing a best-selling memoir, Stay Hungry, and Netflix original special also titled “Stay Hungry,” the comic hosted the 2019 MTV Video Music Awards and landed roles in Martin Scorsese’s Oscar-nominated The Irishman as well as Green Book, which won Best Picture at the Academy Awards. Maniscalco can currently be seen on the small screen in “Well Done with Sebastian Maniscalco” streaming on discovery+. For more information and tour updates visit sebastianlive.com. 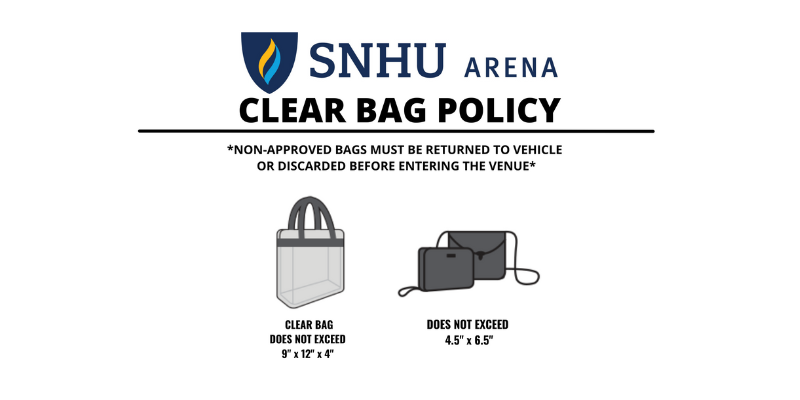